The Millennial Fear of Autonomous Trucks is Unfounded 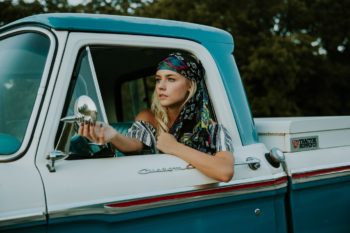 If you read any of the millennial-centric news outlets out there – you know the ones – they’re obsessed with the idea that trucks are going to wipe out millions of jobs. All you ever hear from them is “truck drivers this, truck drivers that. We’re looking at the end of the trucking industry as we know it. “ And so on, and so forth.

The whole conversation is actually quite funny. Here we have left-wing newspapers and magazines preaching to people with arts degrees from fancy universities about a group of workers they know nothing about. Truck drivers don’t read left-wing musings about the state of the “working man” and neither should they. The two groups have absolutely nothing in common.

Why Millennials Don’t Need To Worry About Truck Drivers

The fear right now is that autonomous driving technology is just a few months away and when it hits, the half a million people in the UK who depend on the HGV license to make money will find themselves unemployed. It sounds like an economic disaster of the highest order. A massive dislocation. An excuse for yet more government action to beat the beleaguered private sector into shape.

But when you look at the situation in a little more detail, you realise that this is a social justice crusade too far. Trucks are not going the way of the dodo. In fact, they’re doing pretty well.

Autonomous technology is a beautiful thing, but there’s reason to believe that it will morph into a safety feature – like airbags – and not a replacement driver.

There are a couple of reasons for this. The first – and one that millennials will love – is that regulators – blessed be their souls – will step in and prevent the technology from going anywhere anyway. Google and the rest could develop the safest trucks with the best features you can imagine, but if the bureaucrats don’t like the idea, they’ll snuff it out without a second thought.

The second issue comes down to the problem of “corner cases.” For those of you who studied mathematics, you’ll know that a corner case is a solution to an equation that’s a little different from the regular garden variety. It’s a bit “out there” compared to the standard answers. Well, the same thing happens when getting a computer to drive. Most of the time it’s okay, but when something unusual happens, it is completely flummoxed. It has no idea what to do. Computers don’t understand the context.

And this is the reason the standards HGV tachograph isn’t going the way of the pager. These devices work and keep track of where a driver is on the road. Autonomous systems don’t. They need constant human support to prevent accidents. Without guidance, they’re liable to go off the road at any point.

Thus, millennials don’t need to fear about the humble truck driver and his plight in the face of rapidly advancing technology. He will still have a job in ten years – even if it looks a little different.