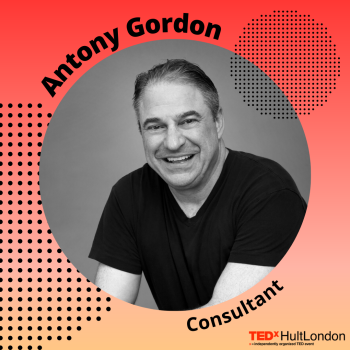 I was invited to the TEDxHult London conference “Never Settle” which focused on outliers who think differently and as such –  change the world for the better.

One of the most memorable speakers was Antony Gordon, a Harvard graduate, sports and entertainment lawyer, and life coach. 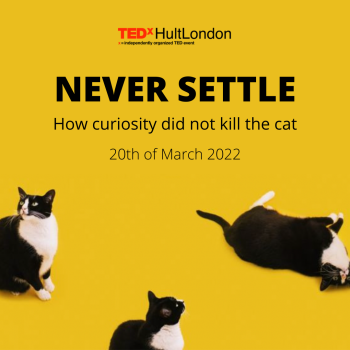 Antony’s mission is to dispel the myths that pop culture perpetuates causing unnecessary pain to millions of people.

He wants you to know these myths, so you can finally start living a wholesome, meaningful, and happy life.

Pop culture has pushed the “love at first sight” narrative in every major forum.

Unfortunately, the “fireworks” or some other elusive quality that is portrayed in movies and novels is a misnomer that has been the cause of more pain and confusion in relationships than arguably any other erroneous myth.

People who begin a courtship expecting “magic” are apt to be disappointed and are likely to give up on even the most promising dating partners and continue searching for their dream.

They don’t realize that “love at first sight” is an infatuation based entirely on physical attraction and has nothing to do with the character of the other person, and that most courtships based on “love at first sight” end after a matter of months — when the chemistry fades and the dating partners realize they have little in common or had overlooked negative aspects of their date’s personality.

MYTH #2: THE PURSUIT OF HAPPINESS

The American Declaration of Independence speaks of the inalienable rights of life, liberty, and the pursuit of happiness.

The use of the word “pursuit” connotes some holy grail type object, status, or event that when found, somehow instills the emotions of happiness into people.

There is nothing further from the truth. Following the pioneering work of Martin Seligman, founder of Positive Psychology, there have been hundreds of books on happiness.

If I could summarize the plethora of research on happiness in a few sentences directed at dispelling the aforementioned myth, I would say the following:

Pop culture has disseminated an inaccurate message which is causing misery and confusion – namely the notion that happiness is a matter of satisfying needs and wants or obtaining material goals or achieving status.

Happiness is not something that is pursued as a “thing” outside of ourselves. Rather, happiness is a by-product of living a life of meaning and purpose.

Happiness is not about running after things. Happiness is ‘not something out there,’ and the things that make us most happy are not things.

How often have we seen the interview with the MVP after his team become NBA Champions, or do we hear the Academy Award recipient counselling millions of listeners to “follow your passion” or “never let go of your dream!”

Have these people never seen American Idol? Year after year, thousands of aspiring American Idols show up with lofty expectations, only to learn that they do not possess the skills they thought they did.

What is really amazing is not their lack of talent. It is their genuine shock at being rejected – the incredible realization that their passion and their ability had nothing to do with each other.

If we are talking about your hobby, by all means, let your passion lead you.

When it comes to making a living, it is easy to forget the dirty truth: just because you are passionate about something doesn’t mean you won’t suck at it.

Passion is way too important to be without, but it is way too fickle to follow around. Never blindly follow your passion, but always bring it with you.

MYTH #4: PEOPLE USE ONLY 10% OF THEIR BRAIN CAPACITY

This myth began in the late 1800s when researchers compared the learning abilities and accomplishments of a child prodigy to the average person, who is far less intellectually stimulated.

It was expanded upon in the 1900s when researchers who did not understand the functions of all the parts of the brain noticed that many parts of people’s brains appeared inactive, leading them to think that people only are using about 10 percent of the brain’s full capacity. The myth has been exploited by various self-help groups that claim that by not pushing oneself to one’s intellectual limits and reaching one’s full potential, we are failing to use all of our brainpower.

Modern research shows that throughout the day, we use 100% of our brains. The key here is that it is throughout the course of the entire day, not all at once.

Every part of our brain serves different functions.

Refuting this myth not only ensures that we will not be susceptible to disingenuous claims of “opening more of our neurological capacities,” but it also has a profound shift in focus.

The innuendo attached to the oft-cited cliché that we “live and learn” is that the most prudent way for us to learn is through the proverbial ‘school of hard knocks whereby we make mistakes and learn from our mistakes.

Using a GPS analogy, we all know the ‘very final destination’ but we no doubt would “recalculate” less and live a less painful and disruptive life if we made fewer missteps requiring life detours.

This myth was the catalyst in many ways for Antony to create The University of LifeTM which is the logical follow-up to his TED Talk.