Difference Between Influence And Popularity (And How To Measure Them) 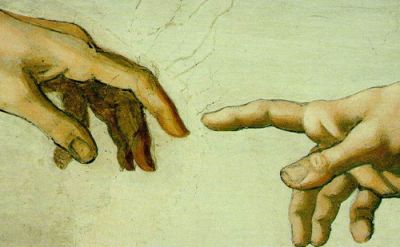 Can you be influential without being popular online?

I work with “influencers” all the time, and I still ask myself questions like:

Who are those people?

Are they potential buyers with audience?

Are they buying from me already … and also happen to have an audience?

How do I know that they are actually influential?

What is influence, anyway?

This is usually the point, where my brain crashes and I go back to basics. What am I actually trying to achieve here? Build awareness/buzz? Or convert new customers?

If I want buzz/awareness, then outreaching to popular bloggers is just fine (Note that this doesn’t necessarily get me customers).

If I want new customers, then I outreach to influencers.

Difference between influence and popularity?

Influencers drive action, not just awareness. Influencers are authoritative and trust-worthy people, who have certain depth to them. We trust their opinion and believe in their authenticity.

Justin Bieber and Lady Gaga are extremely popular, but can they influence those followers to do anything but attend a concert? Not likely.

I follow popular people because they’re entertaining or amusing, but I’d never follow their advice, because I know they are paid to endorse brands and have no true passion for them.

Just because something is popular doesn’t mean it applies to person behind the visit. Sometimes I read or share a popular article not because I agree with it or even like it, but because it’s viral/funny/ridiculous.

Influence inspires action and popularity gets eyeballs (both are useful, depending on what you’re trying to achieve).

Users obsessively pursue ways to increase their individual Klout scores, because brands mistakenly use Klout to identify influencers online (Klout is social media analytics tool that ranks its users according to online social influence, which is a numerical value between 1 and 100)

Tools like Klout and Kred don’t actually measure influence (like votes, sales, memberships) so much as they count online activity (like clicks, followers), which is nothing to do with an actual influence.

Just because many people are following you on Twitter does not mean that they are influenced by you. If you look at some of these so-called social media influencers with 50K+ followers, you see that all they do is spew out a hell of a lot of self-promotional tweets. Who has the time to tweet 50 times a day? That’s just silly.

How to measure popularity?

Measuring popularity is straightforward: it rises with the number of those who have signed up to follow a person’s or organisation’s messages.

Popular blogs have large number of visitors, but if most of their traffic is generated by search engines and visitors bounce back quickly and never come back, they have no influence over their audience and they are not gaining anything.

Popularity is measured solely by numbers.

How to measure influence?

The researchers hypothesized that users of Twitter are the more influential the more they manage to overcome their followers’ “passivity”.

Think about it this way:

True indicator of influence are returning visitors, because they are more invested in what you do. With regular visitors, you are able to cultivate a true relationship. Over time, those visitors become invested in your brand and truly care about what you have to say.

Influence is more pro-active concept (and therefore more valuable and challenging to cultivate).

Popularity is …”How many listen directly to you…” whereas influence is all the indirect people who listen to you (followers of your followers).

You can be influential if only one person listens to you, if that one person has lots of listeners.

This graph below shows how important the followers of your followers are if you want to really scale your campaign.