How To Control Your Anger? 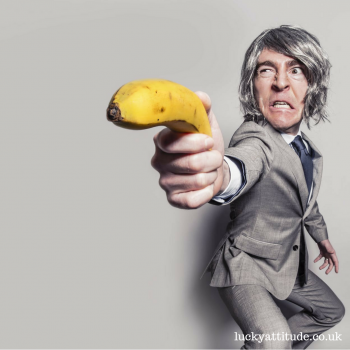 Anger is a perfectly natural emotion that all of us experience.

Anger becomes a problem only when it’s not managed properly and harms you or the people around you.

Different things make different people angry in different ways.  This is why it’s such a tough subject to deal with.

There’s a lot of information about anger management online. But you can also take anger management classes online which gives you the focus, commitment, and a chance to spend as little, or as much, time on the parts that are most relevant to you, and the ability to return to revise or re-learn whenever you like. And it’s inexpensive too! ZandaX have been specialists in personal development since 2015.

Here’s what you learn at their anger management course:

This isn’t just about knowing what anger is (we probably already know this) but what causes it, what triggers bad behavior, and its long-term effects (which are pretty devastating if left unchecked).  If you understand anger, you’ll have a solid foundation for dealing with it.

There are simple rules you can follow because it comes from the same place as stress – that “fight or flee” response which is an irrelevant hangover from our days of cave dwellers. And when you are genuinely in control, you’ll see an improvement in relationships, a reduction in stress in yourself and those around you … and (you may not have thought of this) increased respect from other people.

3. Learn how to communicate when angry

With your head swimming, it’s difficult to think straight, but there are ways of expressing yourself when you’re angry. An anger management course touches upon a number of big subjects, and communication is probably the biggest of them all.

4. Use anger for positive outcomes

Remember: anger is not the same as bad behavior, and being able to use it to motivate yourself, and channel your emotions in positive ways, will usually create better results.

5. Learn to be assertive

Assertiveness is another “big subject”. Being assertive is knowing how to stand up for your own needs while acknowledging those of others.  It’s a skill that changes lives, and it has a very strong role in anger, especially when you feel thwarted in what you want – or need – to do.

6. Manage anger in others

If you really aren’t convinced by what’s been said so far, you must consider yourself well in control. (Let’s hope you are…) But what about situations that you have less control over? Situations when it’s someone else who’s creating the problem? Well, there are ways to deal with this, as well as coping strategies – and of course the need for self-preservation in some situations!  These things are good to know, and, frankly, very rewarding when put into practice.

Anger is a subject that touches us all, especially since by some accounts, we appear to be living in an age of anger.  But whether it’s a cyclical phenomenon or a trend towards recognition that we have little control over the “big things” in our lives, isn’t it a great idea to get on top of the situation?  Wouldn’t you like a bit less anger in your life?