How Millennials Are Redefining The Food Market? 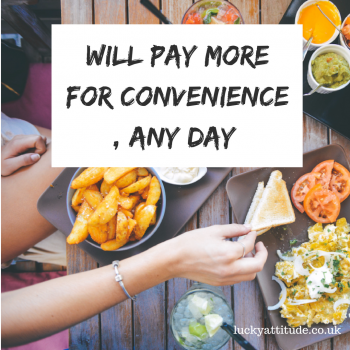 Since the dawn of the supermarket, the way we buy food has been pretty straightforward.

In small batches from the corner store or in large weekly baskets, people head out and come home a little while later with plastic bags full of tasty treats.

No matter if it was a ready meal or all the components of a Sunday roast, most foods began in an isle and ended on a plate at home.

Every so often you might order from the local Indian, go out to dinner, or fetch fish and chips from around the corner.

Slowly, the way we buy and consume our food is changing, and it’s thanks in part to the Millennial generation.

Long-gone are the days of the crowded confectionery aisle, the toddler screaming next to a display of baked beans, the long queues of frazzled shoppers crawling out from the checkout.

Now, with a little foresight and planning, that weekly basket gets delivered straight to your door.

Students and streetwise everywhere are taking advantage of this relatively new opportunity in terms of food, and it’s becoming a huge market, with every major player now having its own website and delivery functionality.

Those that were late to the game saw a significant drop in sales, and the profit-based motivation to get set-up and functional has meant that it’s no longer just Amazon and clothing retailers clogging up the roads with delivery vehicles. Online shopping is efficient, it’s quick, and it’s convenient.

Takeout – and not just for dinner

Remember that occasional order from the local Indian?

The UK has always been a melting pot for takeaway restaurants both chain and independent alike, with dishes from all around the world available to please your palate.

Recently, however, we’ve been seeing services pop up for snacks and meals other than the eight o’clock dinner.

It’s not just your weekly shop that can be bought online, it’s avocado on toast through to your favourite doughnut from the bakers on the other side of town.

The Millennial surge of online availability, whether it be information, socialisation, or food delivery, has opened the door to new options in the culinary industry that take place around the clock. 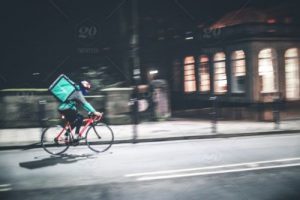 The health conscious, the vegan, and the veg

And last, but certainly not least – the dietary specific requirements. And these days they’re not all medical.

Alongside gluten and dairy free food, we now have entire sections dedicated to the meatless and the anti-animal.

The demand for vegan alternatives is being met by suppliers, and with awareness around farming and animal practice rising, it’s only set to increase in the future.

This movement certainly didn’t begin with Millennials, but they’re now some of its biggest backers.

The number of vegans in the UK has risen by 350% in the last ten years according to one study, and a reported 42% of those people are between the ages of 15 and 34.