Socially Awkward Generation Won’t Pick Up The Phone. Why Should You? 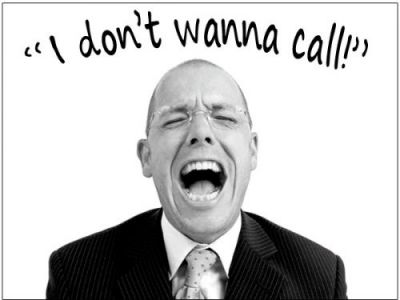 Yesterday whilst walking home, I received some great news that I wanted to share with the world. So I called my friend, then the second friend and the third one – none of them picked up. One friend texted back immediately saying:”Whats up?”. Hmm.

Typing an emotionless text message seemed like the lamest thing to do at that time, sometimes you just want to use your actual voice to express your feelings.

I feel like I’m one of the few 20-somethings, who actually enjoys getting phone calls from people.

Phone calls have become taboo. Phone is the least important application of a phone. It’s been replaced by text or email. I don’t mind texts, they have their purpose and I use them all the time, but the problem with avoiding phone calls is that this generation (Millennials) has become socially awkward penguins. 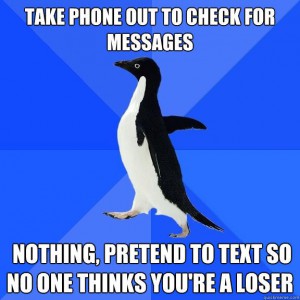 In the non-digital age people had no choice, that they were forced to develop social skills and grace through actual trial and error. These days all these errors are eliminated by apps like Split and Cloak that help you to avoid unwanted run-ins with certain people. These developments are actually a reflection of our current social ineptitude.

There are fundamental social skills that can only be learned through direct interaction with people – through conversation and in-person meetings, not through social media, email or texting.

Generation Z, who is now in their teens, are thought to be even more phone-fearful. They find a phone call intrusive. Gen Z treat a phone call like a face to face situation: you wouldn’t step into my office, plunk down, and say “give me 10 minutes of your undivided attention”, would you?

Another, but not least important issue with the phone conversation is that it requires immediate response. And most of us GenYers aren’t good at that. Immediate responses come from years of experience and accumulated knowledge. By definition, our age group has neither of these things. So we research. We Google. We Wikipedia. We read blogs.

Positive side of the story

You can instantly and positively stand out from your peers by doing something they don’t do – call. I’ve secured some good media placements and sales leads in my past roles because I called.

We are increasingly bombarded with information – coming at us from all directions 24 hours a day. Don’t always rely on email or text. Too much can get lost in translation. In addition to call being more effective, it also builds rapport and a stronger human connection.

A simple phone call can make you standout in a world of texts and emails.