My Experience: Why Every 20-Something Should Live in a Big City? 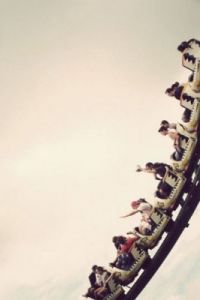 About this time last year whilst on a business trip to Mexico City I was interviewed in the street.

Funnily enough, the hardest question to answer was the easiest: “What is the best thing you ever did?”

“Moving to London without money and a job”, was my immediate answer.

It’s funny how the best things always happen out of your comfort zone!

It has now been 10 years that I have been in London. I squatted for months, shared a room with strangers whilst going to millions of unsuccessful job interviews.

The one thing I learnt was that life doesn’t go according to a plan. Instead, if you let it, life will take you to amazing situations you would never have imagined.

Life is an experiment and the less you give a damn, the more scary-awesome opportunities you take …and then… the real life begins.

Now, after 10 years living in London, I do what I love, I work from where ever the heck I want and I feel that life is the best thing in the world ?

Every  20-something should live in a big city at least once because they’re crowded, competitive and challenging.

Whatever “big city” you pick, you will be tested and prepared for the rigours of adulthood.

Things I learnt from living in London

Life is a series of natural and spontaneous changes. Don’t resist them. Trust your impulses and intuition and go with the flow.

2. Nothing lands in your lap

No matter how talented you think you are, nothing lands in your lap.

London is the hub of talented people, they are everywhere.

You have to put yourself out there: mingle and network.

In the big cities, it’s who you know rather than what you know that matters. A lucky attitude helps, too ?

3. You get knocked down .. again and again

Some jerk at the office will tear you apart when you make a mistake.

You will learn to deal with egos and their arrogant demands.

Some crazy neighbour will scream at you for your loud music.

Some Liverpool Street businessman will actually knock you to the ground as he runs to catch the tube.

One day, you’ll realize how “that crazy boss” made you strong enough to handle anyone and you’ll laugh at the whole situation.

4. You say hello to the adult world

In a big city, you realize people are less compassionate to your issues and more concerned with their own.

It’s not the cosy, safe environment you are used to. Here, only the strong succeed!

You realize it quickly and grow up in no time.

If you make £10 an hour, there is no way you can afford a one-bedroom apartment in London, so you end up sharing an apartment with random people or a landlord, which won’t feel that bad at all, ‘cos everything else is so exciting.

You may live in such a small place that you need to store your belongings somewhere else. Consider personal storage options offered by companies like Safestore, that can look after your belongings permanently or temporarily. Safestore allows you to avoid crammed living at an affordable price.

In a big city, you learn to sacrifice. In exchange, you receive the perks of a metropolis: a wealth of culture, food, entertainment and the fervent energy that breathes life into everything.

Creativity happens in response to a problem.

When everything is nice and comfortable, there is no need to create.

Young professionals in cities like New York and London live there because they want the action. They thrive on it.

7. Big cities set you up for success

After time in the big city, no challenge is too daunting, no person too demanding and no moment too intimidating.

And it opens doors, even if you’re stuck in a low or unpaid internship.

Congrats! You survived the big city and have earned whatever good fortune comes next.

There are more than 17,000 music performances a year across London’s 300+ venues including The O2 arena – the world’s most popular music venue for the last five years running. 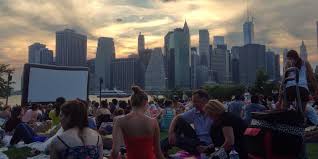 There are more than 300 languages spoken in London, more than in any other city in the world.

I want to hear all of these 300 languages on a daily basis.

I want to truly understand what it means to be a neurotic-Londoner.

I want to see and understand the difference between a person from East and West London.

I want to be able to grab a Starbucks and gaze as hundreds of people walk by on the street while indulging in some non-judgemental people-watching.

I want to thrive off of the creative energy from the residents of Portobello Road and jog alongside the many fitness enthusiasts in Hyde Park on a warm summer morning.

Yes, you can be overwhelmed and annoyed, but that comes with a package.

But you’re never bored. That’s for people in the suburbs.

There’s always a cool concert. Always a huge festival. Always a new restaurant you have to try.

In a big city, you always feel that you’ve just had six cups of coffee.

You may also be crazy.

Regardless of this, you are not ready for a small town, you don’t want to be in the house when city life is calling you out to play …