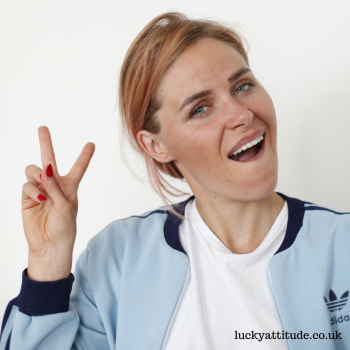 Ever met a successful slasher doing it all — influencer marketing, sales, tourist guiding, and lifestyle blogging and getting paid for all of this?

Do you love variety and get bored easily?

I have a friend, who makes a living from public speaking, writing books, and hypnotherapy… while documenting it all on Youtube, Tiktok and Instagram.

How cool is that?

She wakes up with great enthusiasm every morning; she meets awesome people, has interesting stories to share, and generally embraces the joys of what a true work-life can give.

Having multiply careers is a growing trend and a savvy financial decision.

Globally the influencer market alone is worth billions. Influencers are paid anywhere between thousands per endorsement.

The internet has democratized entrepreneurialism – now everyone with a phone and something to say can reach millions of people from their bedroom.

It’s no longer for young creative types like actors, artists, and musicians; people from all kinds of fields are now drawing income from several streams: merch, books, services/products, brand sponsorships, and more.

I want to emphasize that influencers are not self-obsessed narcissists with no real talent, but people, who genuinely want to share their knowledge and inspire others.

Also for many Instagrammers, fame is the by-product of hard work, not a value in itself.

Today, social media plays a vital role in building a personal brand, not just sell products. Savvy brands are aware of it and work with influencers as partners to create a sense of community.

Throughout my life, I’ve been forced to make black-and-white choices, which would place me in a very defined category.

In my teens, I attended dancing classes, did track and field, and wrote for my school newspaper.

Singularity has never worked for me. I’ve always liked the idea of mashing up interests to keep me excited.

Kids’ passions are naturally plural — they play, draw and cycle, so why did a teacher later in my schooling ask me to choose between the humanities and “realities” when it came to making subject choices?

And why is being fascinated by both physics and literature considered so wrong?

It really frustrated me as a kid. Still does.

When I entered university, it turned out that if I really wanted to make something out of myself, I needed to concentrate on one subject.

The misconception about plurality is that if you’re adept at doing more than one thing, it must dilute your abilities to be good at any of them.

The stupid voice at the back of my head kept telling me: I must choose one because these roles are separated on the damn employment paper.

Why do we choose to live by the worn-out rules made up by somebody 50 years ago, when work used to be so single-track — pick a trade and climb the ladder? Don’t stop and, whatever you do, don’t even think about changing your trade; that would surely show that you’re weak.

Being defined by a single job title alone is so 20th century.

No one knows what’s around the corner, but there is one known truth: there is no such thing as a job for life anymore.

Success is about delivering value by staying adaptable. To stay in employment, grow your business or secure the next contract, you need to be open to change, to learning a new skill, and, most importantly, you must remain alert to see when those new skills resonate together to create another, even better possibility.

As a result of this growth mindset, I now have 2 blogs and 5 income streams.

I make money through Google Adsense, brand partnerships, public speaking, and affiliate sales. I also work as a freelance conversion copywriter when I want.

Many skills are transferable between industries. For example, a copywriter can easily create herself a second income stream from teaching. Teaching is, in fact, the most popular by-product of many disciplines.

Can you dance? Start giving classes!

My friend, the one who works in hypnotherapy, needs to think on her feet as she guides her clients towards a solution in real-time. That approach stretches her creative abilities and is very useful when you’re challenged to generate new ideas.

Having your foot in many doors makes it easier to cross-pollinate ideas and contacts.

Innovation is largely the art of combination. Truly revolutionary creative acts come from synthesizing across industries, as Picasso did with African and European art or Darwin did by combining insights from economics, geology, and biology to come up with his theory of natural selection.

Millennials Are Ending the 9 to 5

I believe that plurality is a sign of creativity, and the eight-hour workday is a creativity killer.

Eight-hour people seem to be living for the weekend.

I always cringe when I hear radio stations say things like, “It’s hump day,” “Three hours till the weekend” or “You’re almost there!” Almost where? Why are we constantly trying to get to a destination other than where we’re at? Are our everyday lives really that miserable?

I think the idea of a 9-5 rule is meaningless. You could work more hours or less, but the bottom line is that you only get paid if you deliver what the client wants. If your client or employer is seeking results, and that’s what you are going to be measured by, then they shouldn’t really care where you do it from or how you do it.

I like to think that soon, we will have projects rather than jobs. To work on a project is to become part of the project for X months, like joining three friends creating a startup business, for example.

Slashers are the winners – they’re able to cut through the nonsense and figure out what’s required next.

They’re the ones exploring and discovering the next big opportunity.

Have a side project! I believe what you do on the side will create your next job or promotion. I think the future is about multiplying your skills and streams of income, not focusing on just one.

If you’re reasonably intelligent, being employed in one role is one of the worst things you can do to support yourself.

There are far better ways to make a living than selling yourself into indentured servitude.

You may be thinking that you have no real value to offer others, and being an employee and getting paid by the hour is the best you can do.

Maybe you just aren’t worth that much. That is absolute nonsense. It’s part of your conditioning. As you begin to dump such brainwashing, you’ll soon recognise that you have the ability to provide enormous value to others and that people will gladly pay you for it.