A “Second Chance” Got Me A Dream Job 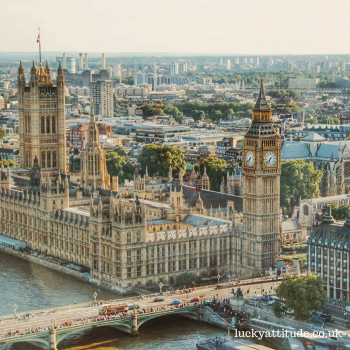 My career hasn’t been linear: I’ve never been the junior that got promoted.

I started my first job aged 20 in my home country of Estonia. I was a door-to-door interviewer. I surveyed people about their favourite brands, colours, and TV shows while having tea in their living rooms.

Many thought it was an emotionally draining and unsafe job: what if I were to end up at the wrong person’s house?

But I liked it. It’s never been difficult for me to engage and relate with all sorts of people.

My second job was straight to being a national newspaper journalist. Not a junior assistant journalist or anything like that. A proper one. This career jump is unimaginable in the UK, but totally possible in Estonia.

Aged 22, I was attending press conferences, interviewing politicians and celebrities on and off-camera.

After 2 years of reporting on what’s happening around the world, I started to loathe writing. So in 2010, I bought a one-way ticket to London with no plans and 8000 Kroon’s (500 Euros) in my pocket.

Finding that first proper job in London was challenging. I mean, I could always have gotten a bar or retail job, but I didn’t want that.

It took few years before I could update my CV with that first noteworthy London job.

That job was a payment software sales role, which was a bit random as I’ve never done anything like that before.

I can’t say I enjoyed selling software :), but I was good at it. I think I may be a salesperson at heart, not the cheesy type, but the good one. I cut through the nonsense and get straight to the point, which many appreciate.

Anyway, the sales job lasted for a year before I was made redundant. Not because I wasn’t good at my job, but because the company didn’t want to grow at the pace it was going. It was a family-run organization that had no ambition to become too big.

I was happy about the redundancy. It was time for yet another change.

In my endeavors to self-discovery,  I was facing a problem: what to do next, work-wise?

This sales experience was the only thing I had on my CV, but I didn’t want to do it anymore.

I needed to figure out what work could I actually enjoy doing.

Everyone around me seemed to know who they were and what they wanted. All I knew was that I love autonomy, independence, creating things, writing, performing, and inspiring people. But how to turn all of those things into one job title?

When I’m overwhelmed, the best thing is always to start small. I figured that if I liked writing, creating, and inspiring people, I could start a blog. So I did.

But whilst working on my blog, I was also desperate to find a paying job in sales. Not because I wanted to work in sales, but because, annoyingly, that was the only London work experience on my CV.

Soon enough, I was invited to a first-round interview at the world’s largest payments company. Little did I know, that they had seven rounds altogether.

That was the end. I was sick and tired of trying to find a job I didn’t even like. Disappointed, I was ready to fly back to Tallinn. I called my dad and asked him to book me a flight back home as soon as possible as I didn’t have enough money to do it myself.

The second chance when I least expected it…

The next day something really unreal happened.

A distant acquaintance from Estonia called me out of the blue to announce that her friend in London had just started a digital marketing agency and she was looking for a hard-working PR Manager with good sales skills to join the team and that I was the first person she thought of.

The weirdest part? Previous experience in digital marketing or PR wasn’t even necessary.

How was this possible that after 6 rounds of job interviews you get slapped with a “NO” only to get a “YES” to your dream job without even trying?

I, immediately, cancelled my flight, went to the dream interview and got the dream job. The company’s director saw my potential and didn’t care about my inexperience in the industry.

I was not only given a second chance to stay in London but also an opportunity to start my career in the industry I was fascinated about.

I knew it was a right career direction from the way the day-to-day felt.

The digital economy is an exciting new industry. There are few rules in the digital world as long as you get traction. You get to be creative and work with different online influencers & celebrities. I loved it!

Retrospectively, I see why I didn’t get that job that forced me out of the country – there was something much much better around the corner.

I’m not superstitious, but I trust the universe with my unsolvable problems now.

And it’s not only second chances that I’m willing to take. I’ll take as many chances as I have the courage to take as long as I don’t give up.

MEEM is your second chance in the event of data loss on your phone. It automatically backs up your phone every time you charge your phone. So even if your phone is lost, stolen or damaged, you’ll always have a backup on your MEEM cable. You can securely and conveniently restore those precious memories to your new phone. No cloud, no fees, always under your control. MEEM is now phone and tablet supported and facilitates upgrades and the transfer of data between compatible devices. For more info visit www.meemmemory.com #secondchances