Busy Trying To Become Who I Am: On Being A Millennial 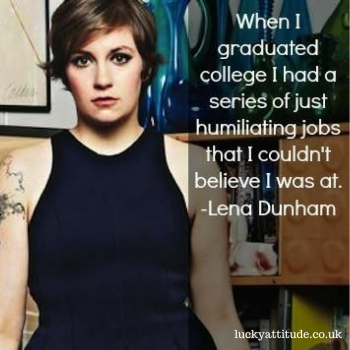 This is a guest article from my friend and “slasher” Millennial Karl Eccleston. In public Karl is known as a talented freelance film and music video director, but his main source of income comes from somewhere else. Karl believes that his situation is reality for many artistic Millennials. Enjoy his article …

HBO’s popular series “Girls” opens with a scene that probably strikes a chord with a lot of Millennials.

The setting is a restaurant, and in it we are introduced to Hannah Horvath – a twenty-something “writer” living in New York – and Hannah’s parents, who are visiting from Michigan.

Over dinner Hannah’s parents drop a bombshell: after two years of helping her get on her feet in New York, they are no longer going to support her financially.

Hannah doesn’t want to see her parents the next day: “I have work”, she says in a pointed tone, “and then I have a dinner thing, and then I am busy trying to become who I am.”

Trying to become a novelist … 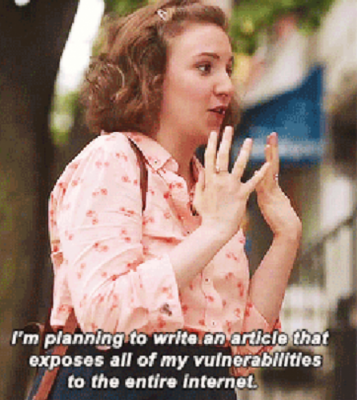 Like Hannah, I spent most of my twenties I was ” busy trying to become who I am ” (the phrase harbors an illogic, but that’s partly the point – Hannah is only a chrysalis of a person) – and for a while it was a full time job.

Specifically, I was trying to become a novelist, and just as for Hannah, the progress of my novel was a frequent topic of inquiry for my parents.

“Where are you at with that?”

At one stage I even flirted with the idea of doing an MFA in creative writing (I was shortlisted for the Iowa Writers’ Workshop – the program Hannah eventually attends in the series) and actually turned down a place at the New School in New York, because I didn’t have the money.

Getting the “real” job … Eventually, I caved and got a “real” job. The job was a communications role in a large government organisation in Sydney.

My first day on that job felt like a real defeat, not because it involved turning up at an office at nine o’clock every morning (although as one of my friends quipped after her first day in full time work: “I have to do that again? Tomorrow? And every day this week !?!”) but rather because it just didn’t stack up with the person I was trying to be.

It wasn’t until I met my current partner five years ago that I hit on a form of creativity that could conceivably be turned into a career.

While both holding down full-time jobs we began to make music videos for friends’ bands as well as short films. One of these short films went viral and now has millions of views and actually pays part of my rent each month.

Becoming the real me …

After a few years in Sydney my partner and I moved to London, landed an agent, and started to work in the music video industry.

Two years on and we’ve had some creative success, but we’re not making any money. The industry is exploitative and I always have to look for other work to support myself (I’ve been a supply teacher, a walking tour guide, a photographer’s assistant, a freelance writer and an office temp).

I’m still not sure how to make it all work, actually. But I feel like I’m committed now. Committed to this idea of becoming who I am.

This commitment is fueled by a sense of entitlement, that I think a lot of millennials have – the sense that we deserve to find fulfillment through work, not in spite of it. 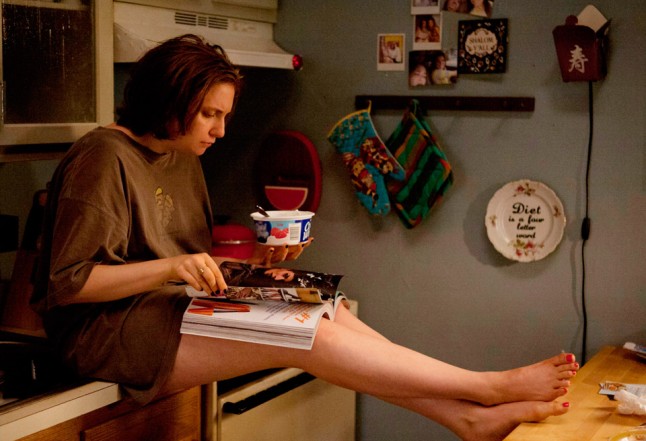 The problem is that job fulfillment doesn’t come without anxiety. People often think that “when I do what I really love, I be happy”. That is almost never the case. Anxiety is all part of it.

Some of this anxiety is temporary and can be put down to the age-old concern of job security. But it might be that there’s something more long-term, more underlying – more existential to how millennials view their jobs?

As millenials we want everything, and our own expectations are a lot to live up to. We take more risks than previous generations (like unpaid internships, we work freelance or take contracts). We embrace seismic career shifts and jump between jobs at the drop of a hat.

Fulfilment is no longer necessarily about a job title or a pay packet and many of us are left asking – what is the best kind of career for me? Am I really trying to be the best version of myself?

With “Girls” Lena Dunham has turned this kind of self-searching angst into an entire TV series and even a brand. And Like Hannah Horvath, I do anxious self-searching in bucket-loads.

There’s never a dull moment, though. There’s always lots of opportunities, even if they aren’t paid.

It’s a full time job for us, Millennials, trying to become who we are.

Have something to say? Want to write a guest article? Pitch me: tanya@luckyattitude.co.uk

Why The Key To Millennial Job Satisfaction Lies With SMEs
Tanya